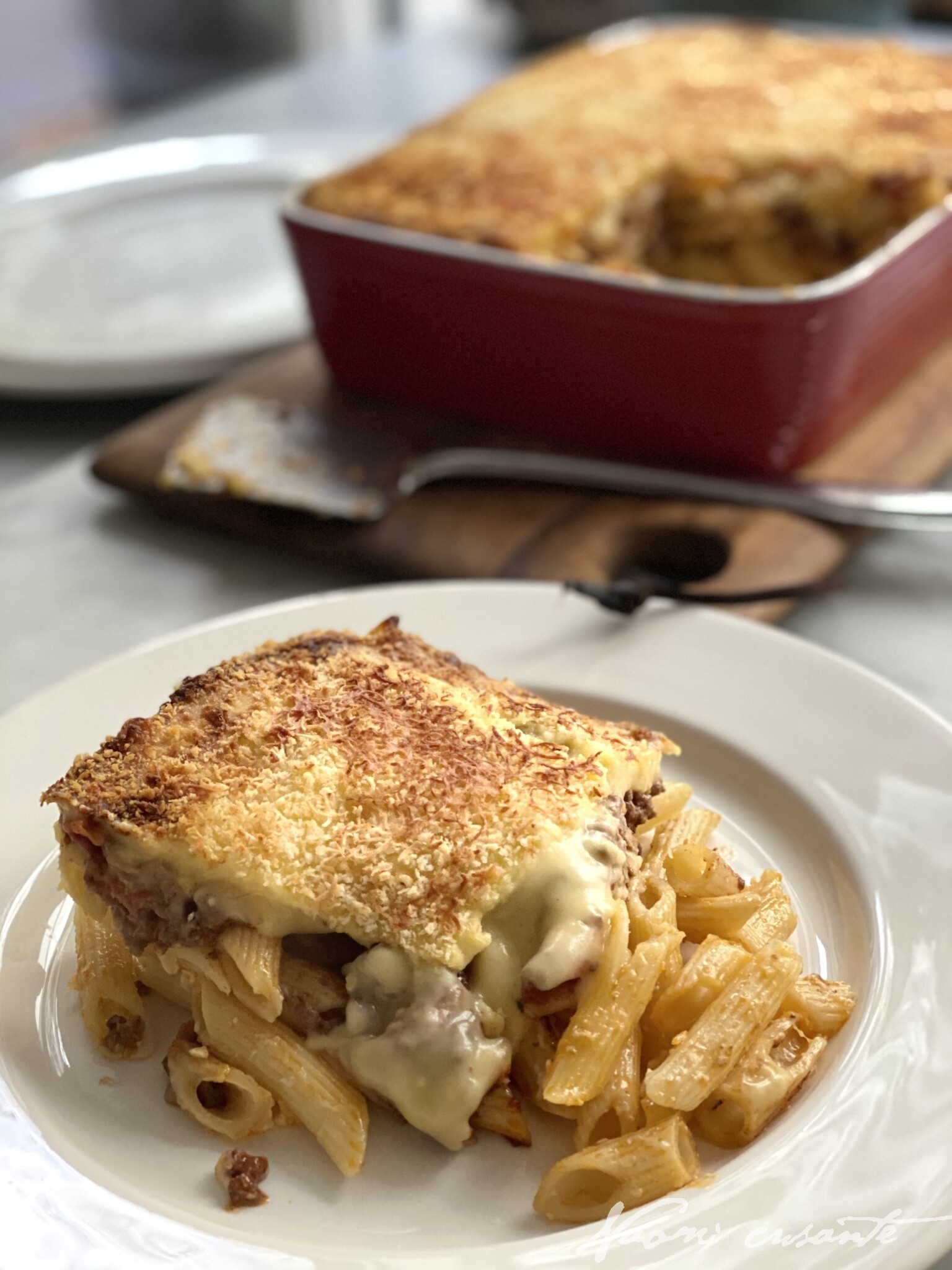 The pastitsio is a Greek family favourite of tube pasta topped with mince and bechamel. This is my version.

Cook the pasta in a pot of salted boiling water until just al dente, drain, stir in butter, season and allow to cool. Meanwhile, prepare Meat Sauce and Bechamel Sauce as per directions below. Whisk yolks into Bechamel. Lightly whisk egg whites and stir into cooled pasta and transfer into a lasagne dish or similar. Top with Meat Sauce and Bechamel, levelling each layer with a spatula. Sprinkle with breadcrumbs and cheese. Bake at 180°C for 40-45 minutes until golden brown. Allow to stand for 10 minutes before cutting. Serve with salad.

MEAT SAUCE
Heat oil in a large frypan and sauté onion and garlic until softened. Add mince and salt and cook until browned. Add wine and deglaze the base of the pan, before adding tomatoes, oregano, cinnamon and bay leaf. Simmer for 15 minutes until thickened, crushing the tomatoes with the back of a wooden spoon. Stir in parsley and season to taste.

BECHAMEL SAUCE
Melt butter in a saucepan, add flour and cook, stirring for 1 minute. Add milk all at once, bring to the boil, whisking until thickened. Stir in cheese until melted, season and allow to cool slightly before using. 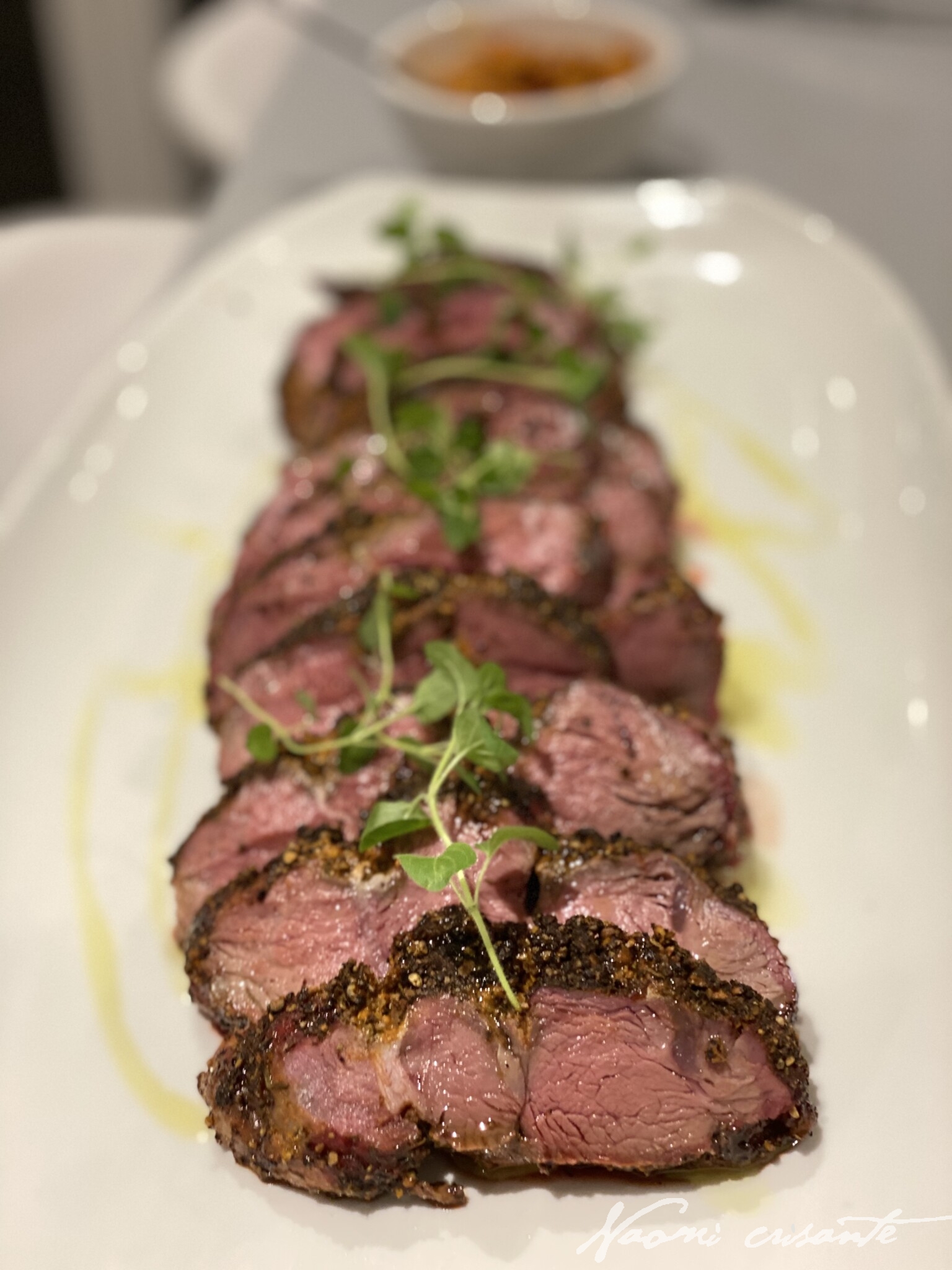