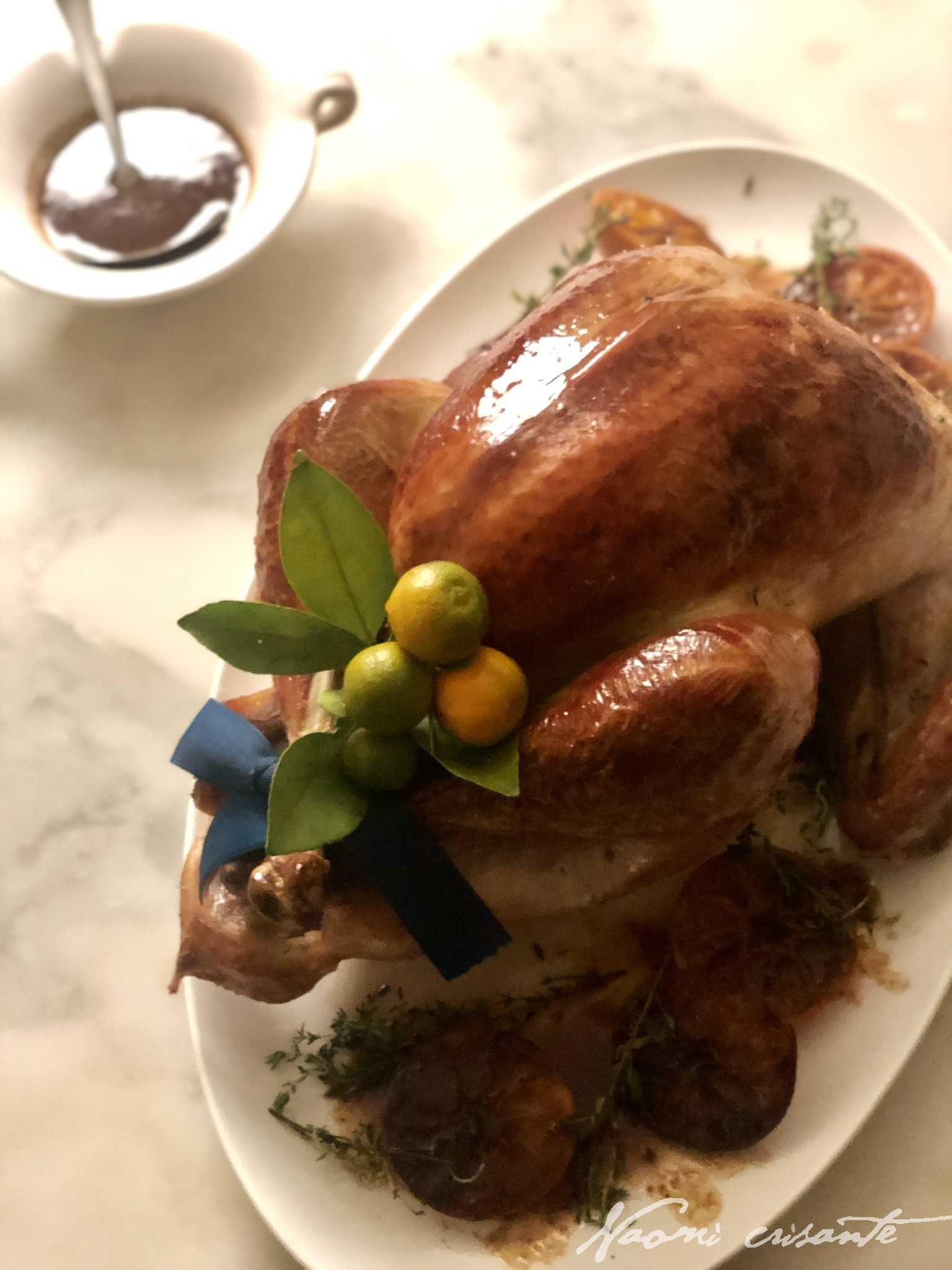 This beautiful bird will gloriously grace any Christmas table. Be sure to read the recipe fully before starting. The turkey is roasted with a muslin shroud as recommended by Martha Stewart.

BRINING THE TURKEY
Although you can make this recipe without brining the turkey, this is a worthwhile added step in the process, as it does result in a juicy turkey.

Bring salt and 2 litres of water to the boil until dissolved. Turn off the heat, add the remaining water and allow to cool. Place turkey breast side down in a container and pour over the cold brine. Refrigerate overnight (up to 18 hours) and turn over in the last few hours, if the back of the bird has not been fully submerged. Drain and pat dry with paper towel, drying the inside of the cavity as well. Keep refrigerated, uncovered, and remove from fridge to come to room temperature 1 hour before stuffing.

STUFFING THE TURKEY
Fry the pancetta until golden and combine in a large bowl with the remaining ingredients. Use to stuff the cavity and the neck of the turkey. Truss the legs with string and fold the neck flap under the turkey, securing with a skewer.

BASTING THE TURKEY
Melt the butter in a saucepan and use some to brush all over the turkey. Add the wine to the butter and dip the muslin in the baste, soaking it, then shroud the turkey with the soaked muslin. Retain the rest of the butter baste for basting during cooking.

ROASTING THE TURKEY
Preheat the oven to 230°C. Position a small wire rack in the centre of a roasting dish and place shrouded turkey on top. Roast the turkey for 30 minutes. Baste the turkey, in the oven, so it doesn't cool down. Reduce temperature to 180°C, add onions and wine to the pan and roast for 2 hours, basting every 30 minutes, turning the tray in the oven each time. Remove the muslin, baste and add half the thyme and mandarin halves to the roasting dish, with any remaining baste. Roast a further 30 minutes, until the internal temperature of the thickest part of the thigh, taken with a meat thermometer, is 75°C. Remove the turkey and mandarins and allow to rest for 30 minutes (no need to cover).

MAKING THE GRAVY
Heat roasting dish with onions on stovetop, deglaze with vermouth, add mandarin rind and juice. Strain into a clean saucepan, pressing with a wooden spoon to extract as much flavour as possible and simmer until reduced by 1/3. Stir in mustard and season to taste. Strain into a sauceboat and serve with turkey.

SERVING THE TURKEY
Place the turkey on a large platter, garnished with roasted mandarin halves and remaining thyme. You can also tie a decorative ribbon around the legs and tuck in some herbs or cumquat branches for presentation, as pictured.

I recommend you present it whole at the table for some ceremonial carving, and then whisk it away to the kitchen to carve it on a board, and return it on the serving platter.

CARVING THE TURKEY
Remove any trussing. Using a sharp knife, remove each leg by cutting through the thigh joints. Cut between the drumstick and thigh to separate into two pieces. Slice some of thigh meat if desired. Remove the wishbone from the neck cavity - this makes it easier to carve. Run knife down along one side of the breastbone, and use the tip of the knife to release each breast from the bone up to the wing joint. Cut into slices, retaining the skin. Cut off the wings, and cut into two. 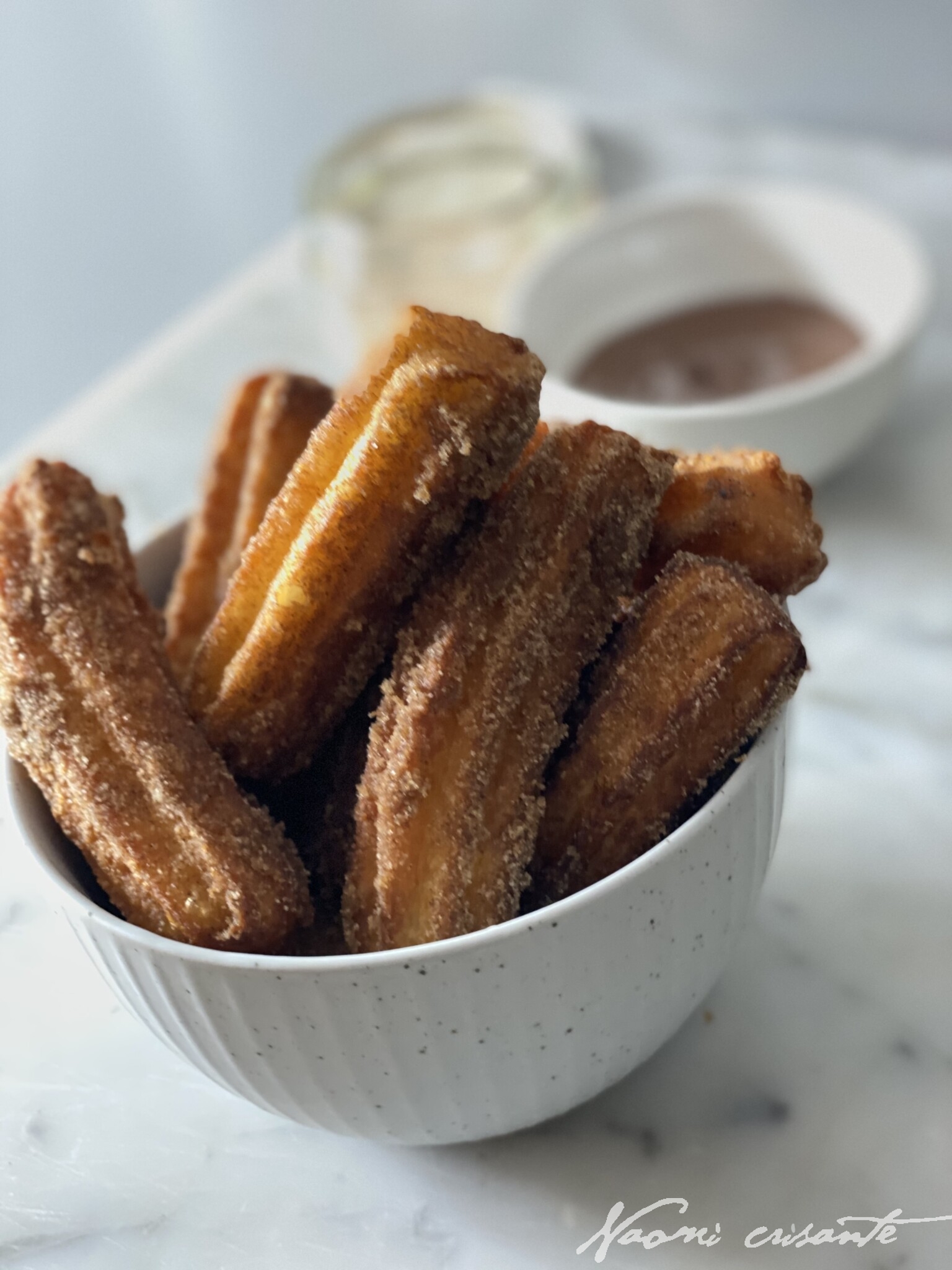 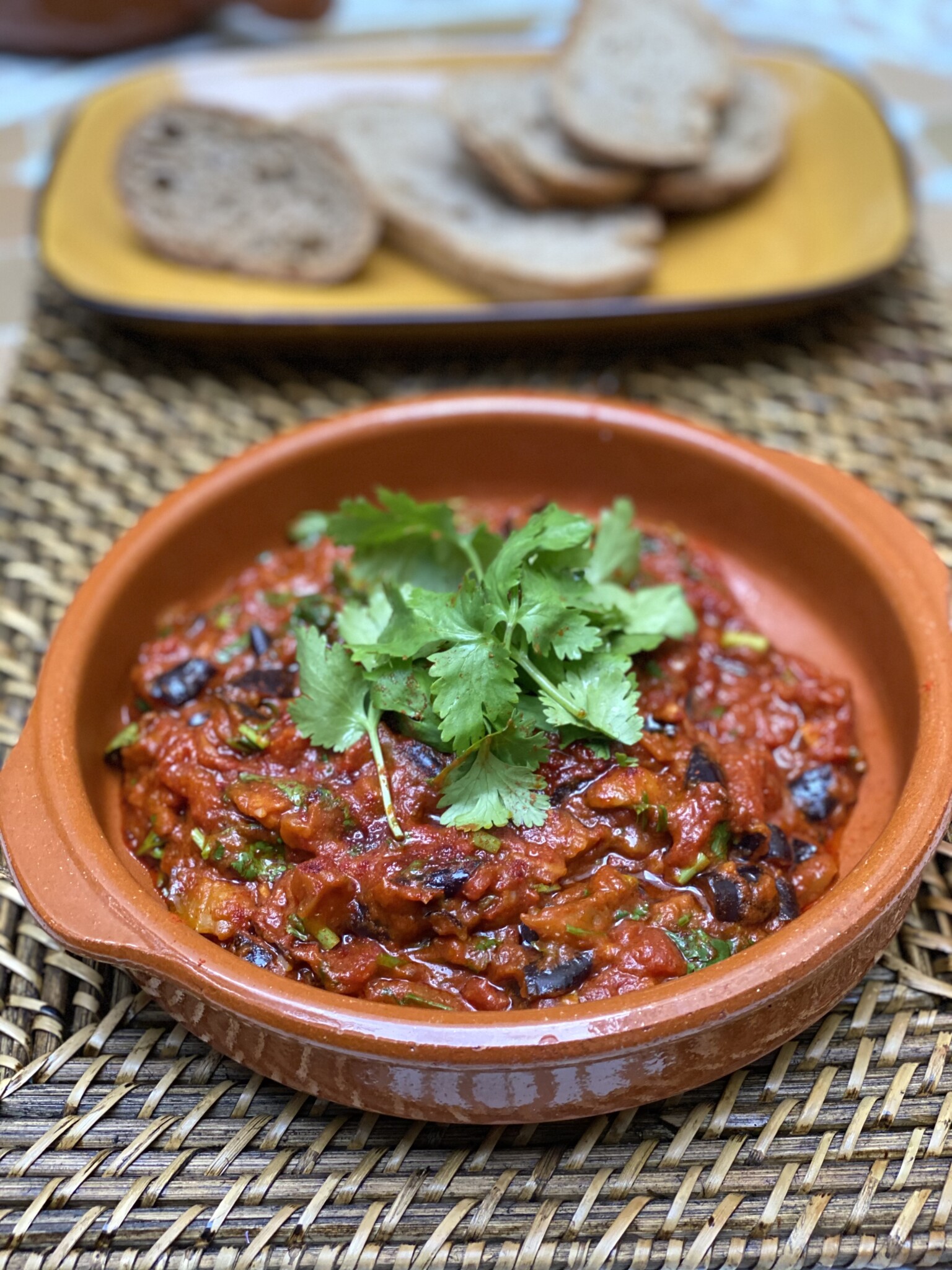 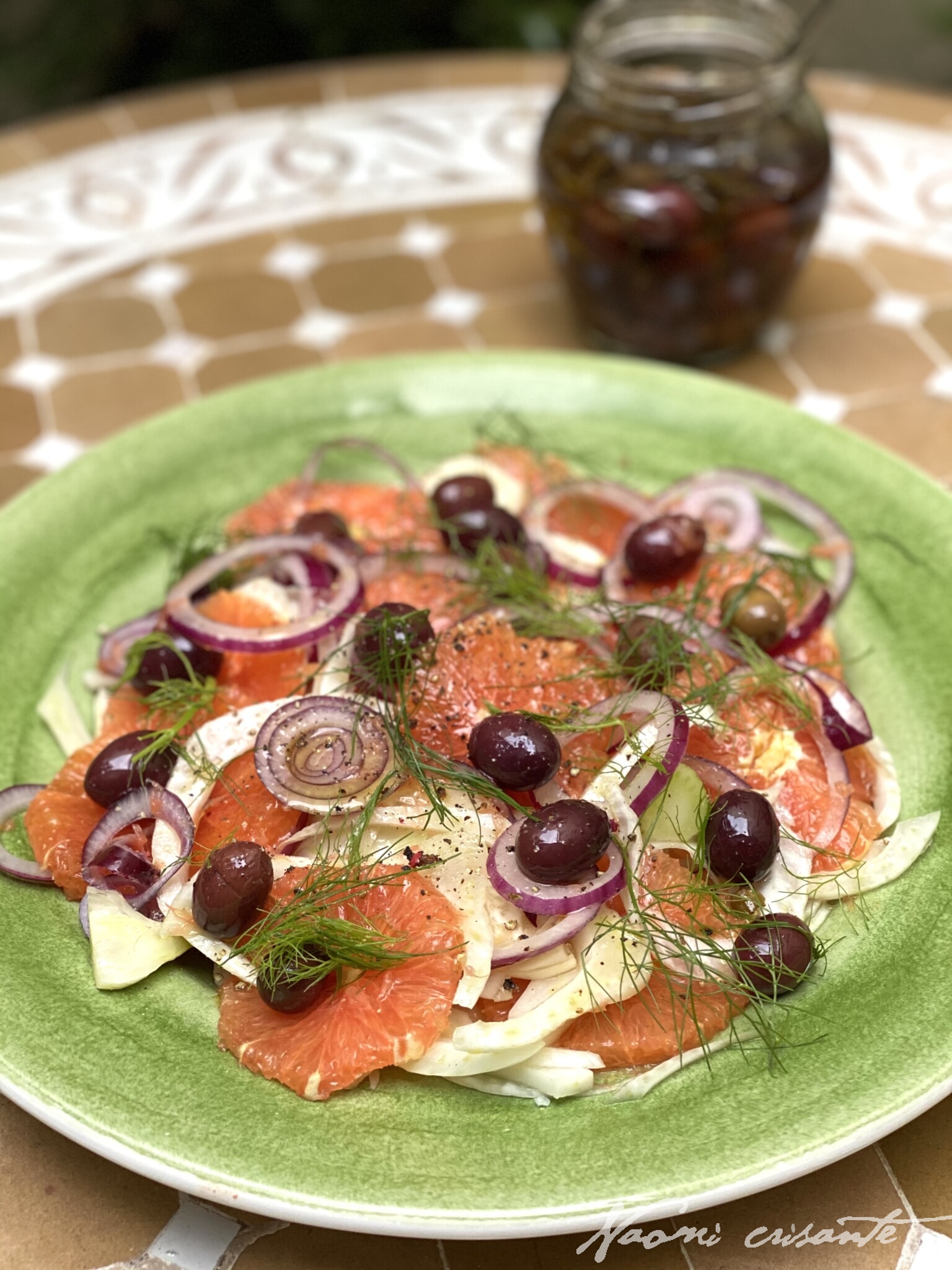